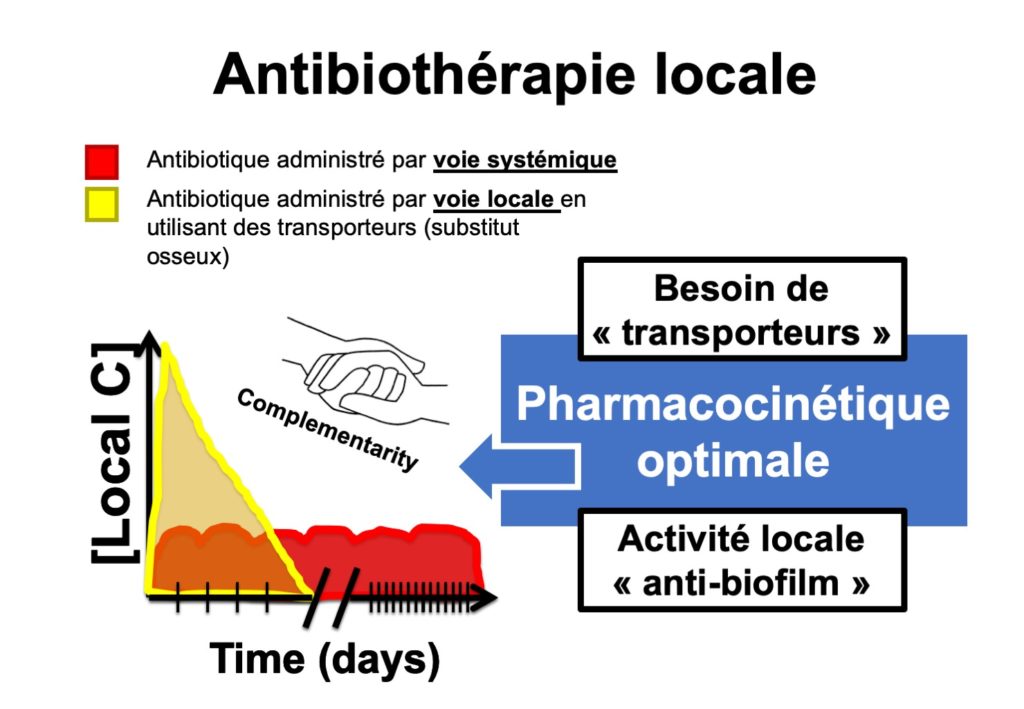 Bone cements are devices widely used in orthopaedics. They are made of polymethyl methacrylate (PMMA) and have been used for decades for prosthesis fixation and to improve its integration within the bone of the patient.

Since the cement is a foreign body, it must be removed when the prosthesis is changed. In recent years, some manufacturers have added antibiotics such as gentamicin, vancomycin or clindamycin to the composition of their cement. These antibiotics are stable in this cement and are diffused in high concentration over several weeks.

The use of antibiotic-loaded cements is quite frequent during a change of prosthesis. These cements are used as « spacers » in septic pseudarthrosis, to temporarily fill a loss of substance with bone graft. 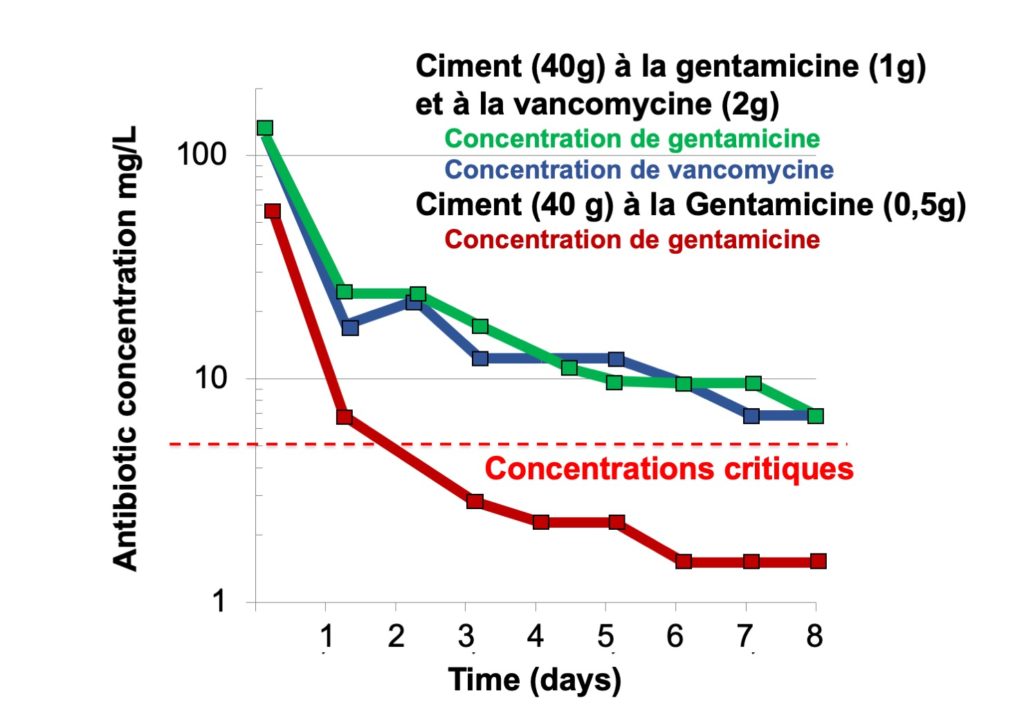 Cements that release a combination of antibiotics are not currently reimbursed, as there are no clinical studies reporting their effectiveness, to date.