For several years, demographic and descriptive data has been gathered from consenting patients, who were cared for at CRIOAc Lyon. Thus we have the distribution of BJI by age group; we are able to describe the parts of the body which are most often affected as well as the main sources of BJI.

Based on the CRIOAc database, consisting of 4351 patients, the average age of patients treated was 62 years of age. CRIOAc offers treatment to adults as well as children 15 years of age and older. These statistics show that 30% of our patients were over 70 years of age. 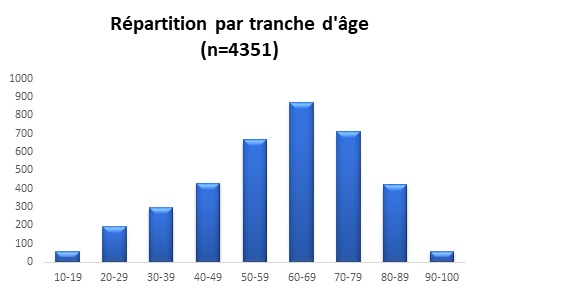 Distribution according to the location of the infection

Mostly the hip and knee joints are affected, followed by the spine, tibia, pelvis and foot. 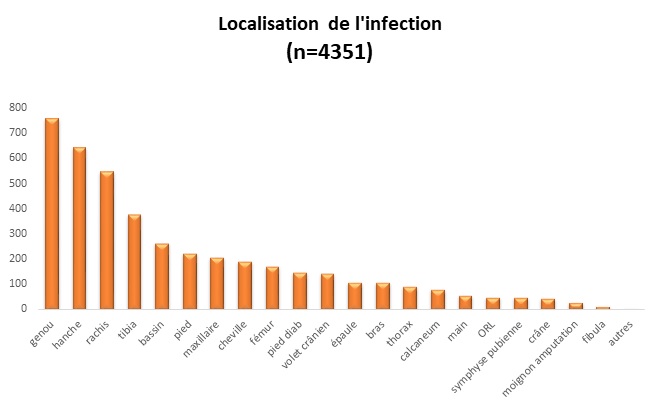 Distribution according to type of foreign material

Among all the BJI the centre has dealt with, the majority of them were implant-associated (55%). To be more specific, 26% were due to a joint prosthesis and 27% were due to osteosynthesis.
Implant-associated infections are frequent indeed and are often considered factors of case complexity. 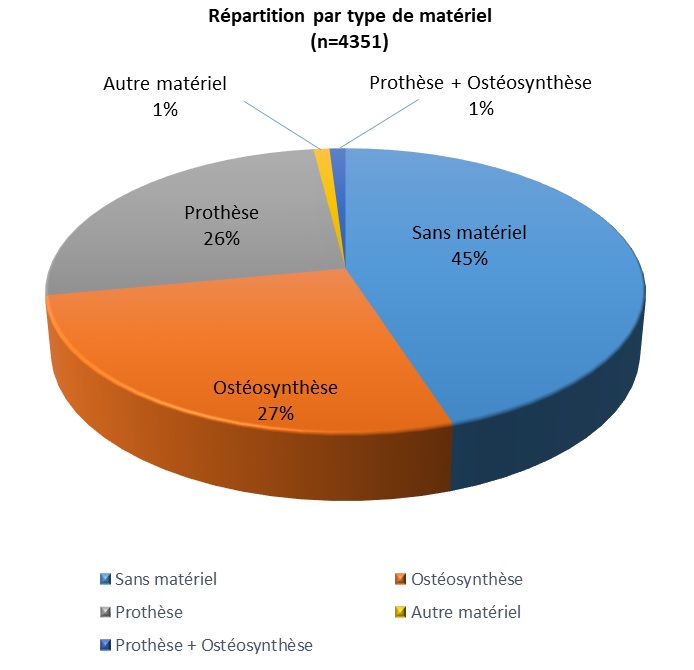